The Collingwood Side Launch Spectacle 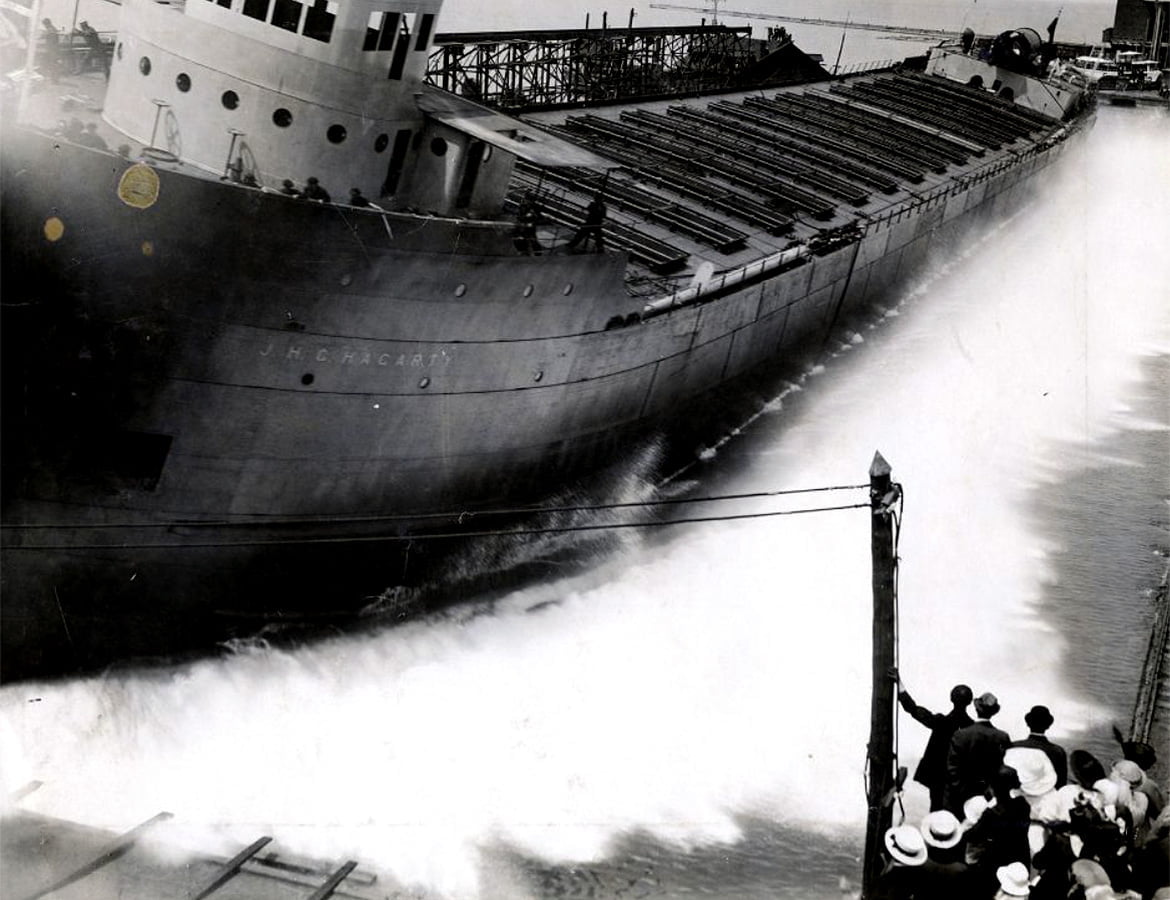 As a visitor of Collingwood you may be unaware of its earlier “side launch” history. You may wish to experience the town from a historical vantage point and understand the reason for the town’s original existence.

From 1883 to 1986 Collingwood was a shipbuilding centre for the Great Lakes and was the opening of a railway linking Georgian Bay and the upper Great Lakes with Toronto.

On Sept. 16, 1986, the Collingwood Shipyards closed after more than 103 years on Collingwood’s waterfront. At its peak, the Shipyards employed more than 800 people when it closed its doors only about 50 were employed. In 2010, the town also opened a waterfront promenade, giving the public access to the waterfront for the first time in more than a century.

Formed in 1882 as Collingwood Dry Dock, Shipbuilding and Foundry Company in Collingwood, Ontario, by J.D Silcox and S.D Andrews, later renamed in 1892, as Collingwood Shipbuilding. Their core business was building Lake Freighters, ships specifically built to fit the narrow locks of the St. Lawrence Seaway. Over the company’s lifetime it built over 200 ships. During the Second World War, the company was contracted to build 23 warships for the Royal Canadian Navy and Royal Navy.

Due to the geographical constraints of the bay, the Lake Freighters were unable to launch into the water the conventional way: bow or stern first. Instead they were launched sideways or “side launched”. Collingwood Ontario was one of the only places in North America to use this method to launch ships into the water this way. People would travel from all corners of Canada and the US to watch this side launch spectacle.

Shipbuilding was one of the principal industries in the town, employing as much as 10% of the total labour force. However, overseas competition and overcapacity in shipbuilding in Canada led to the demise of shipbuilding in Collingwood in September 1986. In honour of Collingwood’s shipbuilding history SideLaunch Days is an annual weekend event full of outdoor activities for young people and families in Georgian Bay.

Today you can take a walk from downtown to the harbour and imagine the spectacle that took place nearly 100 years ago and feel a part of something special. When locals hear “side launch” they’re probably thinking of Side Launch Brewing. A spectacle of its own for craft brewery fans, this brewery combines craft beer with a historical narrative that you’ll definitely want to check out for yourself. There’s so much for you to explore!

Looking for an experienced REALTOR® that specializes in real estate across Southern Georgian Bay? At Royal LePage Locations North we are focused on helping you unlock your future.